MAKING THE MOST OF A DAY RETURN TO LONDON 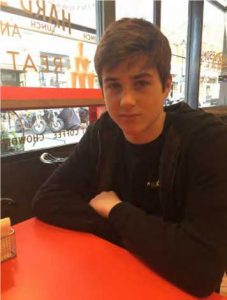 Auditions don’t come along that often, and when they do, it is never at a convenient time. But every audition we’ve been to, regardless of the outcome, has really been a blessing – fun, challenging, rewarding and useful – and that’s before they tell you whether you have the part.
The latest audition invite was no different. Monday morning, full week of work ahead of me, and into my inbox drops a little bit of excitement from Frances Simon. An audition in London, for a film, must learn a script, and in an American accent…by Wednesday. Not sure that sounds so easy, I thought, but a challenge for Ewan and a great opportunity to get in front of a London casting agent.

So I set about the arrangements. Luckily I have a great boss who is fully supportive and a day off was quickly booked, work reshuffled, school equally agreeable to Ewan having a day off for such an opportunity. Then, as I do with all these things, I ensure we make the most of the day, so I plan lunch with my daughter who is studying in London and check out museums close by that we can visit.

Then comes the hard bit, Monday and Tuesday evening are both taken up with first choosing and learning the script, and then in applying an American accent. We called on American friends up and down the country (and even tried someone in Chigaco), skyping two to rehearse vowel sounds, and listening to YouTube accent tutorials. But best of all Ewan just spent a solid hour on Tuesday night going over it again and again with Frances, who was putting on a great accent. In the end, what seemed impossible to Ewan at the start wasn’t too bad at all, and that’s an important lesson for any actor. All of the practice, all of the desperate calls to people for help and their willingness to do so, and all of the laughter made it worthwhile.

The big day comes, and it goes without a hitch. Lunch with daughter, the audition, then the museum and the Egyptian collection, and ice-cold milkshakes made the proper way in an American diner, and then home just in time to drop into our beds exhausted.

Everything in the audition was as expected, a filmed run through of his part several times and a chat about himself with a very friendly casting agent. We haven’t heard what the outcome was, but it doesn’t really matter because the day was already a success. We had a really interesting, fun and informative day in London. Ewan put his skills to the test, proved to himself that he could deliver, and he was happy with how he did. And that’s all that really matters in my book. That he enjoys the experience of going for roles, understands the commitment required, and will accept that the audition process is enough even if getting the part would be incredible. For me, it’s enough, and it put a smile on my face for the rest of the week

This website uses cookies to improve your experience while you navigate through the website. Out of these, the cookies that are categorized as necessary are stored on your browser as they are essential for the working of basic functionalities of the website. We also use third-party cookies that help us analyze and understand how you use this website. These cookies will be stored in your browser only with your consent. You also have the option to opt-out of these cookies. But opting out of some of these cookies may affect your browsing experience.
Necessary Always Enabled
Necessary cookies are absolutely essential for the website to function properly. This category only includes cookies that ensures basic functionalities and security features of the website. These cookies do not store any personal information.
Non-necessary
Any cookies that may not be particularly necessary for the website to function and is used specifically to collect user personal data via analytics, ads, other embedded contents are termed as non-necessary cookies. It is mandatory to procure user consent prior to running these cookies on your website.
SAVE & ACCEPT